WorldBuilding 301: The Difference is in the Details 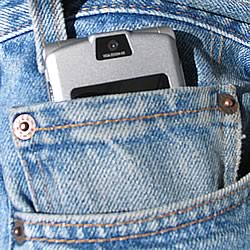 Last night I was watching a show about emotions – how people overcome grief and trauma, how depression and happiness shape our lives. The parent of one of the VA Tech students who was killed a few years back said he talked to a nurse who said that the most unnerving part of her experience in responding to the shooting was not triaging the bodies, or processing the dead. It was walking the line of thirty-four dead college students and hearing their cell phones going off; constantly, incessantly, and being unable to answer.

And that image – emergency responders walking a line of thirty-four dead college kids as their cells phones went off – just hit me right in the chest. It was one of those details that you wouldn’t even think about, when writing about a catastrophic event. You’d concentrate on how people felt. On the blood on the stones. Maybe the wailing. Or the sound of the sirens. But how many people would think of the ringing cell phones on the bodies of the victims? The tireless, frantic calls from parents who had just lost their children?

I’ve written before about worldbuilding, and questioning your own assumptions in order to help build more interesting worlds. But it’s also vitally important to pay attention to the little details that take your world from  sounding like a watercolor wash. It is these details that make people, events, and entire worlds more real. And they tend to be the types of things we never hear about, unless we’re victims of trauma ourselves or have experienced places like these first hand.

Those who have experienced war, childbirth, the death of a loved one, and lived in places where they can tell you what the air tastes like, and know how much you should pay a car guard, are more likely to have these sorts of telling details on hand. But what if you don’t know what the air tastes like in Mumbai? What if you’ve never survived a disaster? How do you find these kinds of details that capture a moment and its emotional truth?

Some of the best advice I ever got was to read outside the SF/F genre and travel. Traveling around the world was the best thing I ever did. But travel doesn’t always give you real details. You see things with a tourist’s eyes. You very often eat tourist food. You talk to people as a tourist. For me, getting the details of places and events is best found by speaking to or reading books written by people who actually lived and experienced these things.

I was recently reading an account of several people living in Iran just after the revolution, and how one Iranian woman watched the mannequins in the windows change. The skirts got longer. The shirts got longer.  And women on the streets in their short skirts just laughed, because how was anyone going to convince them to dress that way? And then the mannequins’ heads were covered. And the government began to openly crack down on women going about with their heads uncovered. Then the mannequin’s heads were removed all together, because they had rosy lips and cheeks. Then their hands were removed. Because as the government became more uncomfortable with what women were and weren’t allowed to show in public, the mannequins began to reflect that, and in fact, were a precursor to increased regulation of women’s bodies (I feel it necessary to note that mannequins generally look more typical now – this was immediately post-revolution, and may have been particularly extreme in the writer’s area).

It was something I hadn’t even thought of – the simple act of looking into a store window to see the social changes a country is undergoing. This shouldn’t be a surprising revelation, of course. Remember all the hoopla when JC Penny put two gay dads on a photo spread? The way we represent ourselves says a good deal about the thoughts going on behind those representations. It’s yet another reason that I harp on the importance of representations of women and people of color in media. A white-washed world sends a statement about what your country is thinking, too.

When I’m doing research from my fat history books, I always keep paper and pen handy. I scrawl down little details, those telling things that tug at me – physically or emotionally – and really bring the place or time I’m writing about to life.

I read one account of the invasion of Babylon, in which the invaders cut open the dead from throat to groin looking for money or jewels that had been swallowed. I read another account of a young soldier growing up in the Sudan who watched a man forced to dig a grave with his hands. His hands were then cut off and he was buried alive in that same grave.  In another, this same kid rigged grenades to a dead body and waited for hyenas to come over and try and eat it. The idea was the hyenas would trigger the grenade and be killed, and he could eat the hyena. It wasn’t a terribly successful way to hunt, it turned out, but it was a really good idea.  And it went on the list.

There is a morbidity to being a writer that sometimes makes me uncomfortable. When I heard that detail about the VA Tech murders and got over the initial gut punch, my immediate thought was, “I have to remember that detail for something.”  As a writer, I share, remember, and remix these details. It’s harrowing stuff, yes, but it means that what I’m writing is also more likely to ring true to a reader than something I just pulled from my own head so it ends up like some remix of bad 80’s movies (though I admit I’ve pulled some scenes from those, too).

If you want to build a place that’s alive, you should be reading about people who lived lives like the ones you’re writing about.  But my world is totally made up! You might say. Well, here’s the deal. If you’re writing about a world at perpetual war, try reading about the people and places who have experienced that kind of conflict. Find out what it does to people. If you don’t, you’re going to end up with some kind of sanitized version of living, where war is gloriously black-and-white and every woman is happily serving as the footnote is somebody else’s story.

It’s an overdone saying, but it’s true: when it comes to building great worlds, and inviting  readers to experience visceral events, the difference really is in the details.