Archive for the ‘Media’ Category

J. and I have nearly finished the first full season of Farscape. Last night, he looked up some actors on IMDB to see what else they’d done, then came back into our room and said, deadpan, “Did you know that most of the actors are Australian?”

Nice little feel-good movie with all the right cliches (for most of the movie, I felt like I was watching Bend it Like Beckham) – but it nicely jettisons the not-so-nice cliches. This is a girl power movie, and it doesn’t mistake itself for a rom-com (thank god). It may be the only movie I know where the girl tells the guy to shove it (and he’s not explicitly a bad person) and her consolation prize isn’t another guy… it’s to just keep living her life on her terms. It’s a movie about a woman finding her voice, her confidence, and reveling in her own physical strength while forming strong friendships with other women. You don’t see that often… usually it’s “I found a man and it solved my life!” Not so, here.

What I really came away with was just how physical these women get to be. When you watch them knocking each other over, wrestling, hitting each other on the back, jumping around, horsing around, what you realize is how meek and soft and non-threatening women are trained to be, and how rare it is to see this. It was cool to see how things could be really different, and what women’s culture could be like if we moved just one step to the left.

BioWare writers do know how to woo the geek girls (me included. I did, uh, in fact, do a google search on this topic which led me here for, uh, personal reasons?). We’re always around playing your games, you know, you just don’t hear about it until we finally get something that’s, you know, actually made for us.

Donutman767: i? never realized so many girls played this game until i read the comments
kingkarlone: You can thank Allistair? for that.

Short animation based on the Ray Bradbury story of the same name.

… and why it’s still assumed that every audience member is straight, white, upper-middle class, and male.

WGA report examining employment and earnings trends for writers in the Hollywood industry:

YOU WILL NOT BE MISSED.

Whedon is wasting his time on this one. Think of the incredible shows he could be creating RIGHT NOW but hasn’t been for the last year and a half because he’s been hip-deep in this piece of crap.

You can love two or three series from a writer, and hate their third. It’s okay. It’s allowed. Sometimes writers fail. It happens. I would have much rather he was attempting something great, like Firefly, than this piece of crap.

Sooo…. let me get this straight. You had folks like this chick and this guy to carry this movie: 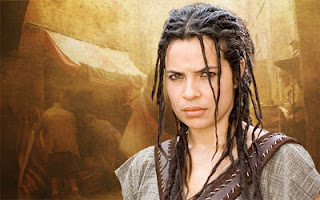 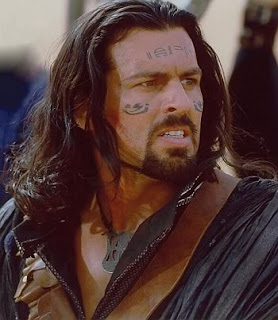 And YOU CHOSE this guy and this chick? 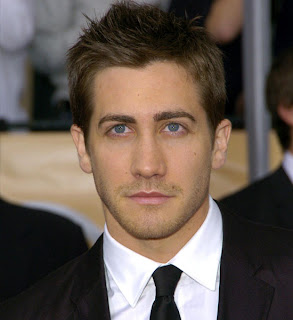 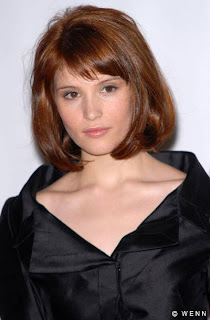 I’m sorry, what planet are you living on, Hollywood? Because it’s not the same planet I’m living on.

This was not a bad movie.

I’m a sucker for psychological horror in spaaaaaaace and this was a prime example of that. It’s not a great movie, but it was… entertaining. This may have been because I wasn’t expecting a whole lot from it.

The conceit behind Sunshine is ridiculous, of course. If you’re watching a movie for SCIENCE you should probably just… stop. The premise is, hey, the sun is dying! Humanity launches a manned spaceflight to save it! By launching some sort of superior nuclear physics-thing bomb into the sun!

This is why it took me so long to see this movie. How utterly stupid, right? I haven’t seen The Core either, and I was leery of this damn thing turning into the ridiculous gore-fest that was Event Horizon. I’ll take crappy science over crappy, nonsensical gore any day (I found Sunshine far creepier than Event Horizon, actually. It’s all about what you don’t know and what you don’t see. The more gore, the more ridiculous the movie, for me. I prefer subtlety).

And who doesn’t love adventures in space?

The cast included Cillian Murphy and Michelle Yeoh, which gives you an idea of how seriously (B+/A- movie actor seriously) the cast took it movie. And trust me, that helps. It reminded me a lot of alien in that way – you put a strong cast and creepy direction into a lost in space movie, and you can carry it a long way.

The cast was reasonably diverse, split pretty evenly between white and Asian characters (tho at the end of the day, it was still white guys saving the world and fighting each other. The captain, psychologist, and navigation guys all check out pretty early. And the female characters only seemed to make it so far into the movie so somebody could be menaced at the end – would have preferred it was the navigation chick who got frozen to death trying to save the ship instead of held off til the end so she would go down with the male lead, but – you win some, you lose some).

Overall, it was a well-paced movie right up until those last 10-15 minutes, when things got weird. And yes, in case you’re wondering, in a movie about a group of people who are *restarting the sun* there are a LOT of moments where you just have to let them handwave-handwave their way out of things. Like how the fuck is he hanging onto the ass-end of a spaceship whose rockets just went off must be ignored… and there are lots of cut-aways of even more improbable scenes like how he then opened up the airlock and crawled inside while the rocket boosters are STILL GOING OFF (and let’s not get started with the whole “oxygen garden” business, or the space walking suits, or the ridiculous observation window).

But if you liked Pitch Black, I think you’ll like Sunshine. Good cast and a lot of fun so long as you don’t think about it too much. I rate it slightly better than Babylon A.D., mainly because the ending to that fucking movie was about on par with Padme’s “lost the will to live” bullshit. I will make many allowances for my SF popcorn, but empty vessel female characters are not one of them.

Kameron Hurley is the award-winning author of The Light Brigade, The Stars are Legion and the essay collection The Geek Feminist Revolution. Her epic fantasy series, the Worldbreaker Saga, is comprised of the novels The Mirror Empire (2014), Empire Ascendant (2015), and The Broken Heavens (2020).  Additionally, her first series, The God’s War Trilogy, which includes the books  God’s War, Infidel, and Rapture,  earned her the Sydney J. Bounds Award for Best Newcomer and the Kitschy Award for Best Debut Novel. Hurley’s short fiction has appeared in Popular Science Magazine, Lightspeed Magazine, Year’s Best SF, The Lowest Heaven, and Meeting Infinity. A selection of her short fiction is available in the collection Meet Me in the Future. She has also written for The Atlantic, Entertainment Weekly, LA Weekly, The Village Voice, Bitch Magazine, Huffington Post, and Locus Magazine.